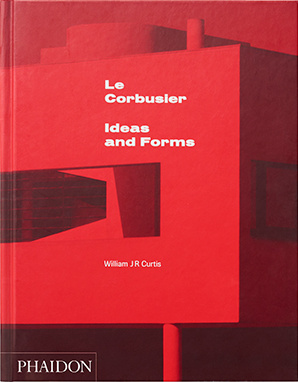 
It is impossible to understand the architecture of the twentieth century and of our own time without first coming to terms with Le Corbusier (1887–1965). His buildings can be found from Paris to La Plata to the Punjab and his influence has extended over several generations worldwide. Individual masterpieces such as the Villa Savoye at Poissy, the Chapel of Notre Dame-du-Haut at Ronchamp and the Parliament Building in Chandigarh, bear comparison with the works of any age. As well as an architect, Le Corbusier was also a painter, sculptor, urbanist and author; even a philosopher who ruminated upon the human condition in the modern era. He reordered the ground rules of the architectural discipline and invested his insights with a universal tone.

This probing study of Le Corbusier’s work explores the interactions of ideas and forms in his individual buildings and in his oeuvre as a whole. By penetrating the design processes of his major buildings it reveals the architect’s struggle to reconcile the ideal and the practical and to give clients’ aspirations and society’s institutions a suitable symbolic form. It analyses Le Corbusier’s phenomenal powers of imaginative synthesis, the recurrent elements of his architectural language, and the multiple levels of meaning in his projects. In turn it shows how this most ‘modern’ of architects drew inspiration from both nature and the past.

Published in the year of the fiftieth anniversary of Le Corbusier’s death, the book has been rigourously rethought, reworked and redesigned to include new scholarship, to integrate the author’s research and to extend his insights. The text, notes and bibliography have been expanded, the number of illustrations more than doubled, and an entire section of four chapters, ‘Principles and Transformations’, has been added at the end. These focus on the architect’s spatial imagination, the genesis of his forms, the generic features of his style and his impact upon world architecture. This new and updated edition of Le Corbusier: Ideas and Forms presents a full and illuminating account of the architect’s buildings and unrealized urban projects while also revealing broader features of his creative universe.

Continuing the standard of the highly praised original edition, this book by eminent and award-winning architectural historian William J R Curtis documents individual projects in detail while also linking them to the architect’s philosophy, utopian vision and activities as a painter, sculptor and author. It explores Le Corbusier’s processes of invention in diverse media while placing his work in the context of the cultural and political predicaments of his time. It demonstrates how the artist transformed his experience of the world into a new architectural vocabulary based upon a limited set of types and elements, and how he gave shape to images and ideas in forms of compelling force.