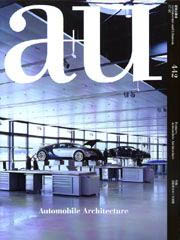 Technical Concept
The realization of the technical building facilities within the scope of the architecture led to a planning model with five thematic blocks: Hall, Premiere, Forum, Tower and Double Cone.

Hall - a low-tech concept optimized ecologically using high-tech methods
The technical solution here is based on previous experience with large halls. All of the necessary features were realized successfully according to a low-tech concept. The interrelations of daylight and artificial light with ambient climate and acoustics influence people’s feeling of well-being in the Hall. The concept for the technological building systems takes up these relationships and integrates them in an interdependent manner, adapting their range of influence by modifying their dimensions or building in appropriate control mechanisms. A major goal in designing the systems was to save energy. This aim is achieved by minimizing the mechanical apparatus for ventilation, heating and cooling. The gigantic Hall is thus conceived as a solar-heated, naturally ventilated sub-climatic area, a multifunctional space that does not follow the otherwise customary requirements for heating and ventilation.
A natural air supply is generated by thermal currents, wind pressure and turbulences when air accumulates in the area of the facade and roof projection. Air intake and outflow take place through automatically controlled vents. The “natural aeration” system provides sufficient fresh air to the Hall.
The Hall’s roof system has special significance for the complex made up of heat, cold and air. A 3D simulation of thermal currents and air streams was conducted in order to investigate the spread of exhaust fumes from the cars driven on the Premiere level. Iterative calculations were then carried out to optimize the arrangement of air intake and outflow vents for natural air exchange in such a way that it was possible to remain below the permitted threshold value of around ten percent.

Premiere - exhaust gas diffusion prevented through negative pressure
The key task of the new BMW Welt is to deliver cars – in the Premiere section – with all concepts geared toward enhancing the experience of delivery. Because of the exhaust gases that this task involves, special considerations and calculations had to be made in terms of the ventilation plan, since the Premiere is open to the Hall – the major space in this world of experience. Beyond merely fine-tuning the volume of air intake and outflow currents, it was also important to extract the exhaust fumes directly and pump in fresh air. Planning here was based on an assumed turnover of 40 cars per hour, or 250 cars per day.

Forum - a room-in-a-room for maximum flexibility
The Forum is a separate event area for up to 1,200 persons, equipped to meet all the specifications for a full-fledged theater or conference room.
The ventilation technology fulfills the high demands on comfort and soundproofing placed on such a sensitive area when it is situated in the middle of other function areas. The technical facilities for this special area were conceived independently, including a plan for integrating them into the architecture. Air is supplied laterally via air jets and is extracted through the ceiling as exhaust air. Based on the number of people in the room, infinite adjustment of the required air volume is possible.

Tower - island solutions place high demands on building systems to ensure well-being
The technical equipment discreetly supports the gastronomic functions. In places where guests spend longer periods of time, air sources are placed near the floor. In order to ensure pleasant air quality even near the glass facades, the vertical facade support profiles are heated to prevent the cold downdrafts typical for this kind of construction.

Double Cone - an event space offering all the options of a public assembly place
The Double Cone is used as an exhibition space and for special events. Air is brought in by means of a low-induction system along the base of the facade and streams into the roof through the opening at the top of the cone. Floor air conditioning and air circulation coolers in the wall and floor areas ensure the necessary comfort level. In the in-between seasons, natural ventilation via facade shutters is used. The structural design of BMW Welt represents a special challenge when determining how to conduct supply lines. Because of the vast support-free space, which is borne by only 11 columns plus the elevator shafts, the supply cross-sections for the Lounge floors and the Tower had to be integrated into the few supporting core cross-sections. This situation necessitated close coordination at a very early project phase between those responsible for structural engineering, the routing of facility services and building technology. 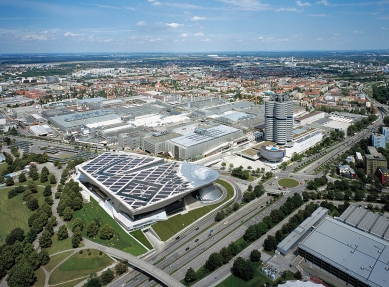 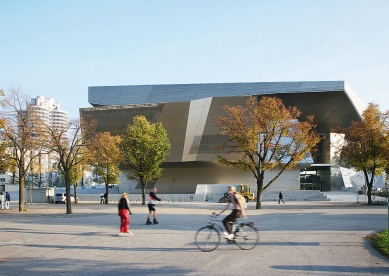 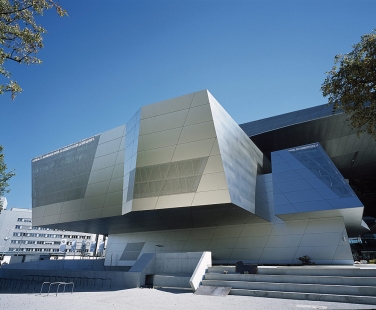 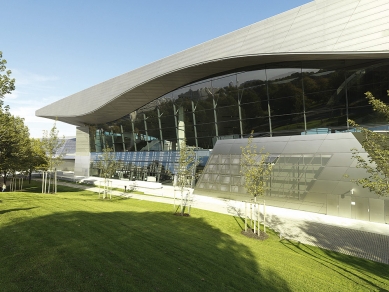 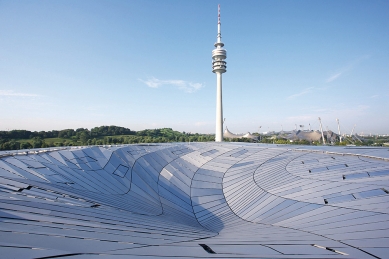 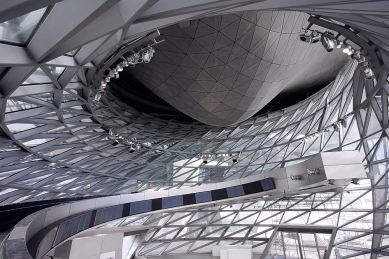 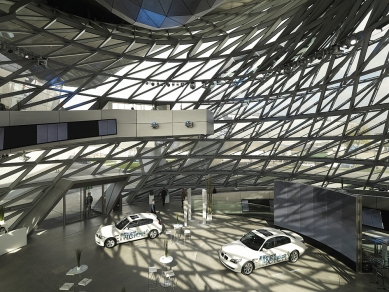 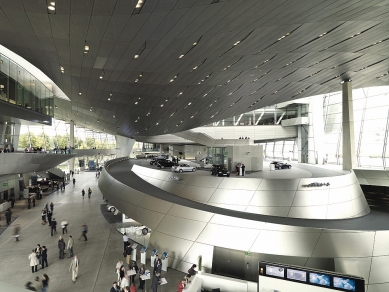 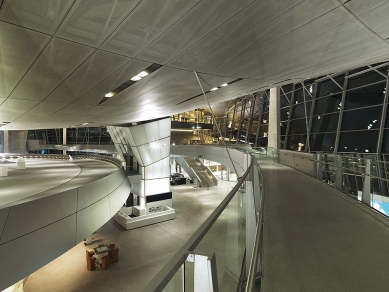 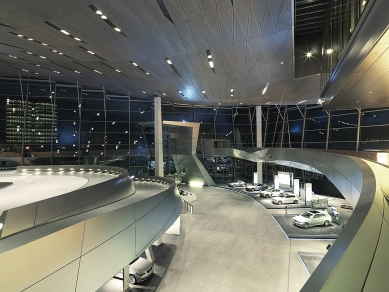 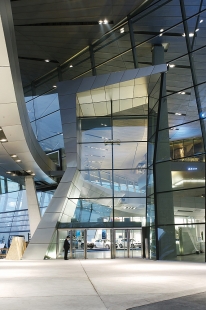 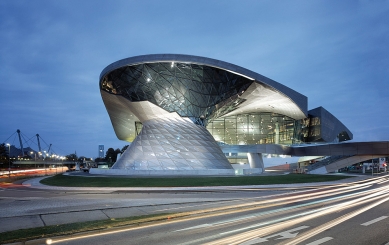 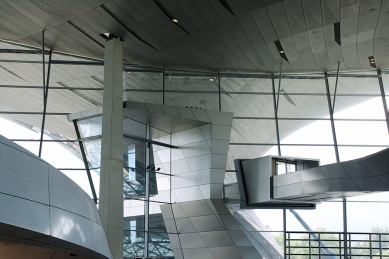 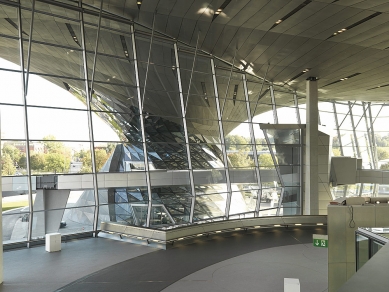 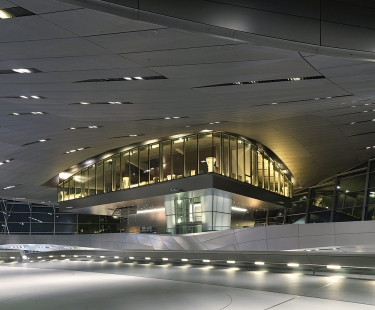 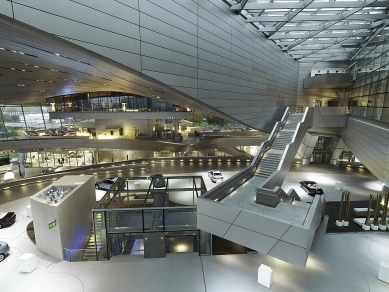 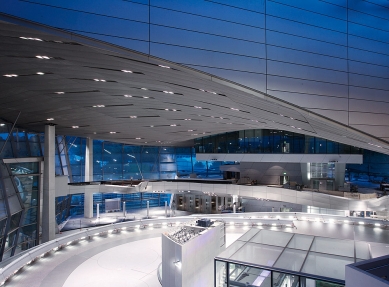 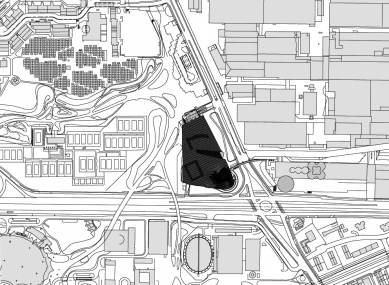 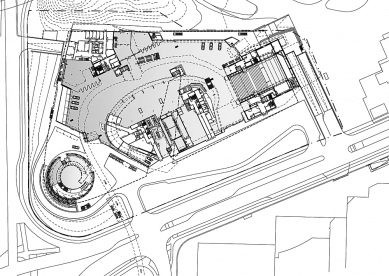 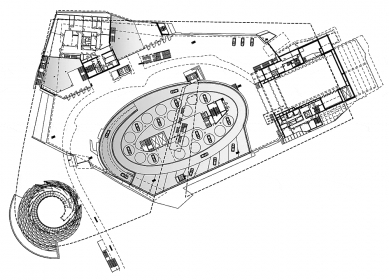 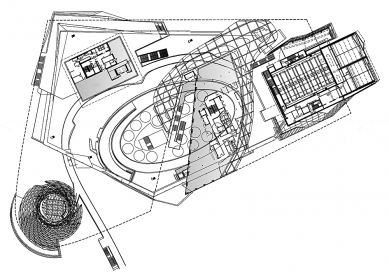 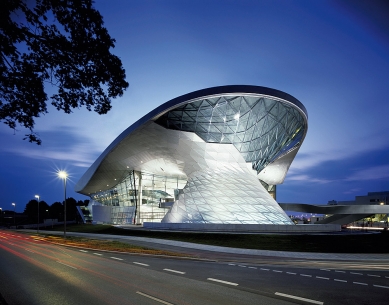 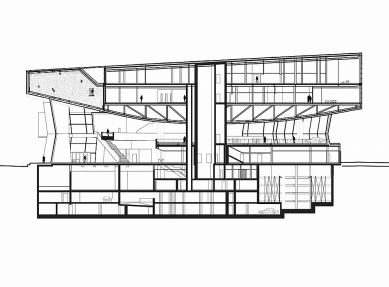 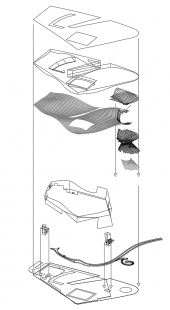 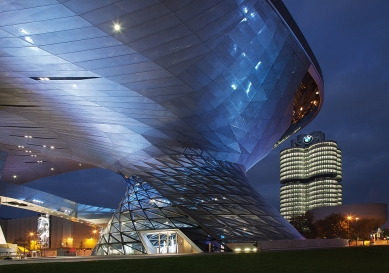 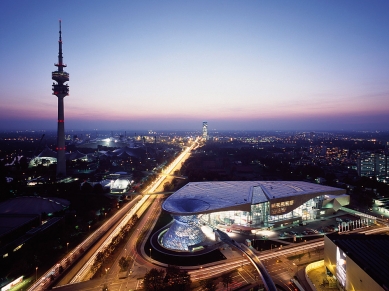 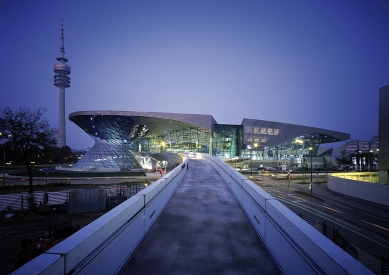 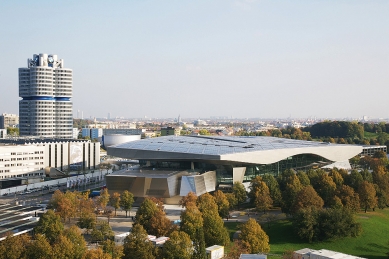 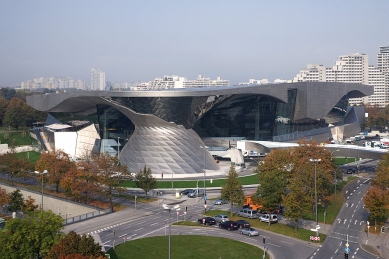